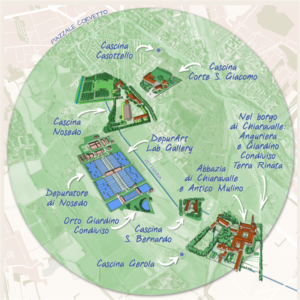 OPENAGRI: The birth of peri-urban agriculture

«We are leaving the sweet fields and the frontiers of our country:

We are fleeing our country: you, Tityrus, idling in the shade,

Less than half a century before the birth of Christ, the Latin poet Virgil expressed his sorrow for the loss of his fields through the melancholic words of Meliboeus, an elder countryman experiencing forced exile to the city of Rome. At the time, agriculture was the main source of survival for the people of Europe and Asia, which mainly resided in the countryside, while metropolitan areas were a hot spot for intellectuals and political figures.

Twenty-one centuries later the colonizing situation has taken a changing turn: the working population has specialized industrial skills and is crowded into urban centres leading the levels of density to skyrocket, while cultivated lands have been confined into limited areas where agriculture is practiced on a big scale. In-between these two extremes a sterile and slow-moving area typology has made its appearance: the so-called peri-urban areas, defined as territories where urban and agricultural texture intertwine with unfortunate results.

Such a settling arrangement is inevitably going to reach a dead-end: a new environmental conscience is stepping in, asking for low-priced Km-0 products, which, in a world where the countryside is very distant from metropolitan areas, are hard to find. Moreover, in addition to an inharmonious distribution of the urban texture, municipal areas are facing a parallel lack in the homogeneity of human capital: the NEET individuals’ percentage is raising dramatically throughout the 2010s, the integration process of migrants in cities is still in the making and many European countries such as Italy are experiencing a brain-drain across high-level researchers.

What if the development of peri-urban areas turned out to be the solution for both situations? Virgil’s poems would be echoing in modern days: fast-moving metropolitan areas would be asked to take a step back and recall their bucolic times.

This is exactly when and why OpenAgri comes into the picture: the ERDF (European Regional Development Fund) financed project is the Italian projection of Urban Innovative Actions and aims to counteract the above-mentioned difficulties raised by the modern relationship between city and countryside. The project focuses on greater Milan, a perfect example of an expansionary and highly-demanding metropolis surrounded by infertile and semi-abandoned territories, which currently do not serve as either inhabited facilities or crop fields.

With the slogan: “New Skills for new Jobs in Peri-urban Agriculture”, OpenAgri purposes the development of the latter areas throughout the birth of a racy synergy between land resources offered by peri-urban centres and human capital and technological advancement of which the capital of Lombardy is rich.

The project was conceived on late 2016 by Rossana Torri, Professor at Politecnico University, and was strongly supported by the Municipality of Milan itself, which found in OpenAgri both a legacy of the city’s food-attentive policy started with Expo 2015 and strong incentives for start-ups, innovative SMEs and social inclusion.

To understand how OpenAgri works in practice, we first need to introduce its heart: Cascina Nosedo. Cascina Nosedo is a rural building located in the so-called “urban fringe” of greater Milan (i.e. “Porto di Mare”), which was restructured and eventually re-inaugurated by OpenaAgri in June 2018 as the new project hub. This highly technological and innovative lab is planned to host the mission’s most advanced research activities, among which we recall: OffiCucina, Aquaponics Greenhouse and the Development Centre.

The latter is by far the most fertile and ground-breaking element of OpenAgri, aiming to play a pioneering role among European peri-urban agri-food activities. The Development Centre, also denoted as the 18×30 program, focuses on the distribution across the 30 hectares delimiting Cascina Nosedo of 18 selected activities that have distinguished themselves for their state-of-the-art ideas on either environmental, technological or social solutions and have indeed earned a slot on the ERDF financed project.

For instance, a break-through innovation for the optimization of water consumption is likely to emerge from “SMAF- Smart Agriculture for Flowers”, which aims to implement a “multifunctional and precision agriculture project, which involves the cultivation of alimurgiche, edible and aromatic flowers, using smart agriculture solutions”, thanks to the four hectares granted from the 18×30 program.

Undoubtedly noteworthy activity is also carried on by “IO P-ORTO”, a cooperative which proposes a “path of job placement of migrant people based on a set of activities such as: the world garden, the urban gardens, the pick-your-own model managed by migrants and others.”

In conclusion, with the substantial help of the European Union, the city of Milan is embarking on a holistic and progressive mission: the increase in the level of its food sustainability together with the creation of new high-level working possibilities and the enhancement of social-cohesion throughout the regeneration of forgotten peri-urban areas. OpenAgri has partnered with over thirty entities, among which we recall Milan’s finest universities, and is believed to reach its goals by the end of 2020.

The bucolic atmosphere decanted by Virgil’s romantic lines has now been adapted to the tastes and needs of 21st century urban texture: city and countryside are no more distinct and incompatible realities but are eventually linked by the existence of a transition area, which homogeneously combines the technological progress typical of metropolitan areas with the environmental sustainability of rural spots. 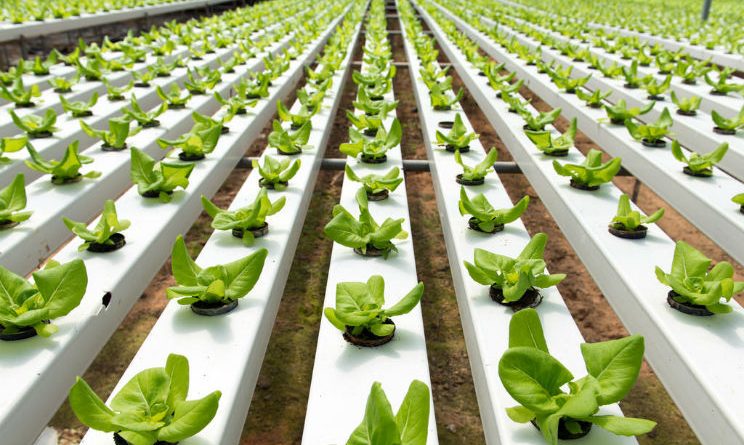 This website uses cookies to improve your experience while you navigate through the website. Out of these, the cookies that are categorized as necessary are stored on your browser as they are essential for the working of basic functionalities of the website. We also use third-party cookies that help us analyze and understand how you use this website. These cookies will be stored in your browser only with your consent. You also have the option to opt-out of these cookies. But opting out of some of these cookies may affect your browsing experience.
Necessary Sempre abilitato
Necessary cookies are absolutely essential for the website to function properly. These cookies ensure basic functionalities and security features of the website, anonymously.
Functional
Functional cookies help to perform certain functionalities like sharing the content of the website on social media platforms, collect feedbacks, and other third-party features.
Performance
Performance cookies are used to understand and analyze the key performance indexes of the website which helps in delivering a better user experience for the visitors.
Analytics
Analytical cookies are used to understand how visitors interact with the website. These cookies help provide information on metrics the number of visitors, bounce rate, traffic source, etc.
Advertisement
Advertisement cookies are used to provide visitors with relevant ads and marketing campaigns. These cookies track visitors across websites and collect information to provide customized ads.
Others
Other uncategorized cookies are those that are being analyzed and have not been classified into a category as yet.
ACCETTA E SALVA